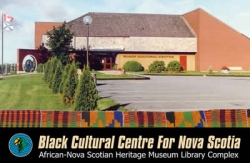 In addition to the Black Cultural Centre's resources, the local government has also digitized select records of African settlement patterns in Nova Scotia and made them available through a searchable online archive.

The digitized documents available from the Nova Scotia government were originally assembled by the late Records Commission, T.B. Akins, around the theme "Refugee Negroes". Spanning from 1791-1839, the earliest documents relate to the emigration of 1200 free Africans in the eastern region of Canada to Sierra Leone. The group of Africans who left Nova Scotia originally immigrated after the American Revolutionary War, in 1783, as part of the British Loyalist migration.

The documents available from these government archives are great for African diaspora genealogist because they include the individual names of African refugees from the passenger lists of British ships landing at Beechville, Hammonds Plains, Preston and other locations. Documents also include correspondence and petitions to the government by white Nova Scotian citizens expressing concern for the difficult conditions faced by the African refugees.

Black Nova Scotian Refugees from the War of 1812

The Canadian digital archives also include information regarding the settlement of 2000 African refugees in Nova Scotia from September 1813 to August 1815. This migration was a direct result of the British military's War of 1812 proclamation that offered Americans who deserted to the British side free settlement in any of the British colonies if the efforts were unsuccessful.

Unlike the early emigrants to Sierra Leone, the African refugees of the War of 1812 remained, in great part, in Nova Scotia. In 1820, the British colonial government offered to emigrate them to Trinidad. Archive records indicate that 95 Africans chose to leave for Trinidad. The record also indicates that others feared migrating to Trinidad would lead to a return to slavery.

Searchable archive records of African settlement in the Nova Scotia and emigration to West Africa and the Caribbean are at Nova Scotia Archives, available HERE.

Here's a sample of the youth music out of Nova Scotia.

Until lions have their historians, tales of the hunt shall always glorify the hunter. - African Proverb
Email ThisBlogThis!Share to TwitterShare to FacebookShare to Pinterest