Robert Sengstacke Abbott and the Growth of Black News Publishing 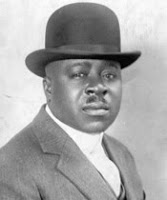 Robert Sengstacke Abbott was born in Frederica, St. Simons Island, Georgia. Thomas Abbott, his father, was born into slavery in the US, but died when his son was still a baby. In 1869, Robert's mother, Flora Abbott, married John Sengstacke from a wealthy German merchant immigrant family. Robert retained his late father's name and took his step father's name as his middle name.

From 1892 to 1896, Robert studied the printing trade at Hampton Institute (now Hampton University). By 1898, Robert earned a law degree from Kent College of Law in Chicago, Illinois. He practiced law in Gary, Indiana, Topeka, Kansas, and Chicago, Illinois. Ultimately, he decided that he could better battle the system of white supremacy racial injustice through the mass media instead of the courtroom. Robert put down his law books and picked up his printing press. He would report the challenges and successes of African Americans, news that was important to their lives.

With reportedly as little as 25 cents capital, Robert began the most widely-circulated Black newspaper in the United States. The Chicago Defender newspaper became the medium to voice the concerns of African Americans in Chicago. The newspaper made many outstanding contributions to journalism and ultimately to Black history.

Established in November 29, 1905, the Chicago Defender would become the longest running African American newspaper publication in Chicago. The exchange of information from North to South -- through both the Chicago Defender and correspondence between relatives -- accelerated the Great Migration of African Americans to Chicago, resulting in an increase of 150% in the population of Black Chicago between 1910-1920.

The Great Migration of African Americans from U.S. southern states to Chicago was in part fueled by the Chicago Defender's voice against injustice and grand accounts of northern living at the onset of the U.S. industrial revolution. Originally housed in a converted synagogue from 1920 to 1960, the Chicago Defender rapidly developed into both the country's premier source for news of the northern migration of African Americans.

Black Pullman Porters, who were prosperous and well respected in the African American communities, became the Defender's national "delivery  men," distributing the newspapers to many southern towns. The newspaper became an important communication tool between Black Chicagoans and their relatives in the southern states.

"My friends made fun of me," Robert is reported to have said about the tremendous opposition to his establishing the Chicago Defender. "They thought it was foolish of me to anticipate success in a field in which so many men before me had failed...but I went on fighting the opposition of my adversaries and the indifferences of my friends. I emerged victorious but battle-scarred." 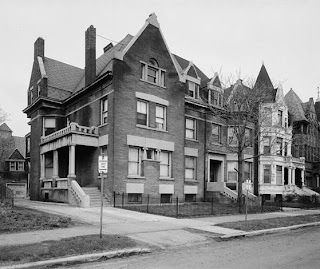 In 1929, Robert established the Bud Billiken Club and with David Kellum established Chicago's Bud Billiken Parade and Picnic. He resided in Chicago until his death from Bright's Disease in 1940. His home, established as a National Historical Landmark in 1976, was located at 4742 S. Martin Luther King, Jr. Drive in the Bronzeville community of Chicago. He left the Chicago Defender newspaper to his nephew John Henry Sengstacke.