Ida B. Wells-Barnett: A Fearless Black Journalist and Anti-Lynching Crusader 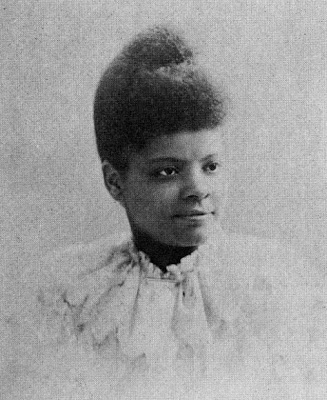 Ida B. Wells was born in Holly Springs, Mississippi on born July 16, 1862 and would become a fearless anti-lynching crusader and renowned African American journalist in the Americas.

IDA B. WELLS IN MEMPHIS

Wells attended Rust College and Fisk University before coming to teach in the Memphis public school system. While in Memphis, Wells wrote for the Free Speech weekly newspaper. She was also an avid diarist in her early years and Miriam DeCosta-Willis edited some of her diary writings as The Memphis Diaries of Ida B. Wells (Beacon Press, 1995). In 1891, Wells was banned from teaching with the Memphis public schools because her articles spoke out against racial injustices and more particularly the lynching epidemic.

Wells became editor of the Free Speech newspaper in Memphis and began her anti-lynching activism, specifically challenging the notion that Black men were being lynched because they raped white women. Reacting against an expose she wrote about the activities of a lynch mob, the Memphis printing offices of the Free Speech were torched and Ida was threatened with lynching. Wells fled Memphis for New York and worked on the staff of the New York Age newspaper edited by T. Thomas Fortune.

IDA B. WELLS BARNETT IN CHICAGO


In 1895, Wells married attorney and Chicago newspaper owner Ferdinard Barnett. Her political and social activism continued in Chicago. At the Chicago World's Columbian Exposition of 1893, she and Frederick Douglass campaigned for the establishment of a pavilion to honor the accomplishments of Black Americans. She wrote and distributed a pamphlet entitled "Why the Colored American is Not in the World's Columbia Exposition" at the foot of the Statute of Columbia at the Corner of Cornell and Hayes Drives in Chicago. That same year Wells began writing for the Conservator, Chicago's first African American newspaper.
Wells is noted as one of the 25 outstanding women in Chicago's history. One of Chicago's housing projects was named in her honor. Ida B. Wells Barnett's former home in Chicago is located at 3624 S. Martin Luther King, Jr. Drive and still stands in this famed Bronzeville community. Her Chicago home was designated a National Historic Landmark in 1974.