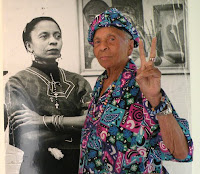 In 1961, the Ebony Museum of Negro History was founded by Dr. Margaret Taylor Goss Burroughs and other civic leaders in three rooms of her South Side home in Chicago, Illinois. The museum collection would eventually move into larger quarters in a fine stone structure on the grounds of Washington Park in Chicago. It would also be renamed as its current name: The DuSable Museum of African American History. 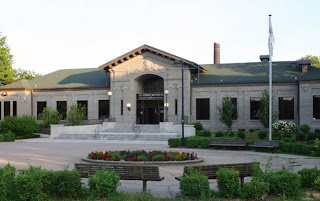 THE EBONY MUSEUM OF NEGRO HISTORY IN CHICAGO 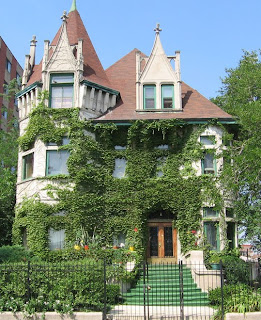 The Original Home of the Ebony Museum of Negro History
(3806 S. Michigan, Chicago)

Originally built in 1903, this Chateau-style mansion was the original home of the Chicago's South Side museum collection of Black art and memorabilia. The historic home located at 3806 S. Michigan avenue in Chicago went through a number of incarnations within the community. It was the Quincy Club in the late 1930s, operated by an association of Black railroad workers who ran a boarding house, a pub and a private social club on the site.

The Quincy Club accommodated Black railroad workers operating on the City of New Orleans railroad route along the Mississippi River. Their exclusion from "white only" Chicago hotels encouraged their creating their own community facilities. The historic home is located at 3806 S. Michigan Avenue in Chicago, Illinois.

For several decades Dr. Burroughs taught art to Chicago students from elementary to university level. In addition to founding the DuSable Museum of African American History, Burroughs is also among the founders of the Chicago South Side Community Art Center. She has been an Active Chicago Park District board member. 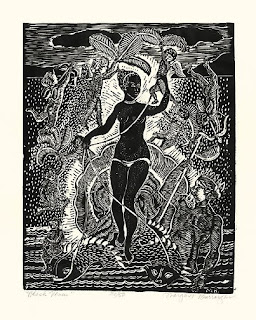 Black Venus, Margaret Burroughs (Woodcut, 1957)
In her first volume of published poetry, Dr. Burroughs penned what would become her most renowned poem "What Shall I Tell My Children Who Are Black?" 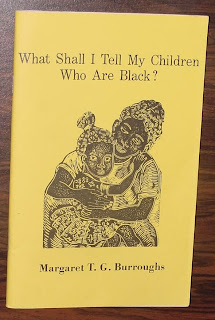 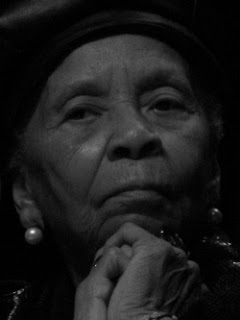 
Dr. Burroughs was a cultural warrior in Chicago. Long before U.S. President Barack Obama popularized the community activist role, Dr. Burroughs was known in Chicago as a community organizer, educator, artist, writer, social activist, and world traveler. She has been seen to take to the street with picket in hand on the side of justice. Burroughs has been a frequent Black History lecturer. As a world traveler she has visited many countries in Africa, the Caribbean and South America. Burroughs is a Black History Hero.