Dr. Carter G. Woodson was one of the founders of the Association for the Study of Negro Life and History, which promoted what was commonly known as Negro history (now commonly known as Black history) through school, church, and fraternal group activities. After diligent study and writing on Black history, in 1926 Woodson inaugurated Negro History Week in Chicago at the Wabash YMCA. Negro History Week led to the celebration of Black History Month in the United States. In 1976, the month long observation was recognition by then U.S. President Gerald Ford. Woodson became known among his people as the Father of Black History.


The Carter G. Woodson Regional Library, named after the great historian, holds one of the nation's largest collections of Black history and literature material. More than 70,000 books (many rare), 500 periodical titles, 5,000 reels of microfilm research, original manuscripts, and newspapers make up a treasure chest of information called the Vivian G. Harsh Research Collection of Afro-American History and Literature. The Harsh Collection includes papers of the National Association for the Advancement of Colored People (NAACP), Freeman's Bureau papers, and a wide selection of art works on paper, such as posters and other literary artifacts such as period flyers.

The collection was started by Chicago librarian Vivian G. Harsh, an avid collector of historical works. She was the first African American librarian in the Chicago Public Library system. Her collection became a significant resource for the dynamic Black thinkers in Chicago in the 1930s and 1940s, such as Arna Bontemps, Richard Wright, and Langston Hughes, among others. 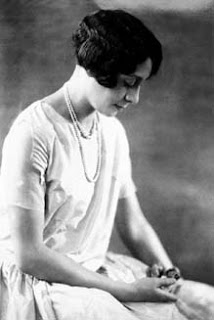 The Woodson Library is located at 9525 S. Halsted Street and is a great source for researching African American history. If you visit the Woodson Library, take pause to enjoy the large bronze sculpture entitled "Jacob's Ladder", created by the renown artist Richard Hunt, hosted  at the library's central atrium.
Email ThisBlogThis!Share to TwitterShare to FacebookShare to Pinterest