Before Rosa Parks there was Charlotte L. Brown in 1863 San Francisco

A youthful Charlotte Brown was from a prominent African American family in San Francisco, California when she refused a conductor's demand that she remove herself from a streetcar because "colored persons were not allowed to ride." This was on April 17, 1863, nearly a hundred years before Rosa Parks challenged public streetcar segregation in Montgomery, Alabama in 1954.

In 1863, San Francisco had the largest Black population in the state of California. It was the era of the California Gold Rush that drew many entrepreneurs to its western shore. African Americans migrants to the region were faced with a social climate that included a prohibition against the public vote. They could not ride public transportation, nor could they use the public library. Like other African Americans across the nation, they could only attend segregated public schools.

On April 17, 1863, Brown had a doctor's appointment that was the reason for her boarding the Omnibus Railroad streetcar. She walked onto the horse-drawn streetcar and took a seat midway in the car. The conductor walked down the aisle to collect passenger tickets. Brown wrote that she "handed him my ticket and he refused to take it. He said that colored persons were not allowed to ride." Instead of accepting the ticket, the conductor demanded that Brown remove herself from the streetcar. When Brown refused, she was forcibly removed by the streetcar attendant.

Charlotte Brown's father, owner of a livery service, helped protect fugitive slaves seeking freedom in California. He encouraged her to fight this treatment in court. That same year, a law had been passed in the California legislature that allowed African Americans to testify in cases involving whites.  Brown's father would bring a lawsuit on her behalf in a California court. 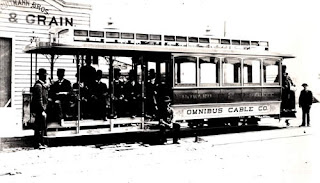 The Omnibus Railroad argued that its streetcar conductor was justified in his action because racial segregation was necessary to protect European American women and children who might be "fearful or repulsed" by sitting alongside an African American. This argument was unsuccessful. The judge sided with Brown, but the damage award was only 5 cent -- reimbursement of the cost of the streetcar fare.

Only days after this court judgment, another Omnibus streetcar conductor forced Charlotte Brown and her father from a streetcar. Another lawsuit ensued. In 1864, Judge C. C. Pratt of the 12th District Court ruled that San Francisco streetcar segregation was illegal, stating in his opinion: "It has been already quite too long tolerated by the dominant race to see with indifference the Negro or mulatto treated as a brute, insulted, wronged, enslaved, made to wear a yoke, to tremble before white men, to serve him as a tool, to hold property and life at his will, to surrender to him his intellect and conscience, and to seal his lips and belie his thought through dread of the white man's power."

Brown was awarded $500 from the jury in this second civil rights case. Without the support of the 14th Amendment -- which was not in existence at the time -- Charlotte Brown challenged racial discrimination. She took a stand against racial justice on the streets of San Francisco, fueling a long tradition of civil rights activism among African American women.
Email ThisBlogThis!Share to TwitterShare to FacebookShare to Pinterest