According to the reports of late historian Dr. John Henrik Clarke, from 1884-1914 Germany colonized regions of southern Africa, now nationally known as Namibia (see also Republic of Namibia, Afrikaans - Republiek van Namibië German - Republik Namibia). One of four German colonies in Africa, Namibia was a region where the German's tried to create what Dr. Clarke calls a "bastard race" through forced co-habitation with the native population of primarily Herero tribal women. (see also Dutch and German languages - Baasters Rehobothers also Rehoboth Basters). Dr. Clarke reports that circa 1904, the German armies took 60,000 Herero women into the Kalahari desert and said cohabit or die, an example of the use of sexual warfare towards human populations in the modern history of mankind.

The Herero Battle to Save the Honor of its Women

Dr. Clarke places the history of genocide in this region further into context by explaining that within the Herero native culture, the primary victims of this grave attack, the Herero women, never co-habitated with men outside of the Herero group - not even with neighboring tribal families on the African continent. According to Dr. Clarke, the Herero tribal tradition expected the history of bringing virginity to the marriage bed as part of family order. If there is said to be a woman who has birthed outside the confines of marriage, she becomes a shame on her family and the whole village. 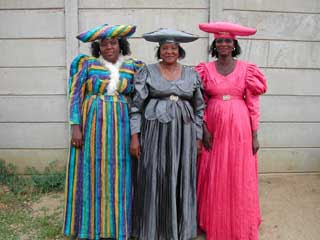 
Dr. Clarke recounts the story of an old and wise King Mandula of the Herero who gathered the men of the families from the network of villages to battle upon learning of the German's kidnapping of the women to the desert region. According to Dr. Clarke, King Mandula announced to the gathered Herero men:

King Mandula lost about one-third of the Herero army against the Germans but won this battle for the Herero tribal family of Africa. For Dr. Clarke reported that the men successfully rescued those women from the desert to the honor of the people's ability to fight for freedom. The Herero tribe now lives in the Windhoek region of south west Africa in Namibia. 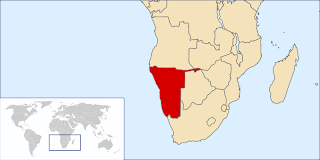 The Herero, Namaqua, and Nama Genocides by Germany


Historians report that the Herero, Namaqua, and Nama Genocide was a purposeful German colonial holocaust. It was the first genocide of the twentieth century, according to the Report on the Natives of South-West Africa and Their Treatment by Germany prepared in the Administrator's Office, Windhuk, South-West Africa, January 1918, available for review from the above link courtesy of University of Florida libraries. 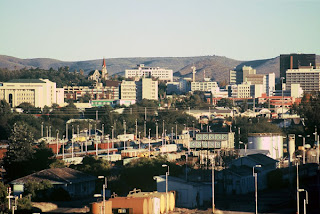 Skyline over Windhoek, Namibia
References:
Quote: "They are slaves who fear to speak for the fallen and the weak." -- J.R. Lowell