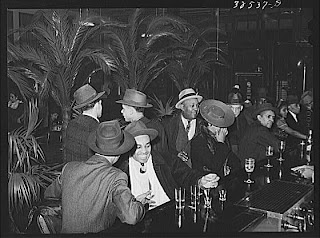 The Palm Tavern was a "must do" performance stop for the Who's Who of Jazz performers. It was located in Chicago Landmark Black Metropolis-Bronzeville District at 446 East 47th Street in Chicago, Illinois from 1931 to 2006.

THE HISTORY OF THE PALM TAVERN

Established in either 1931 or 1933, the original owner of Palm Tavern was James Knight. Gerri Oliver purchased the Palm Tavern from the original owners in either 1951 or 1956, the later date is reported by the Chicago Sun-Times. Nearby the Palm Tavern was the Regal Theater, the mid-south mecca for Black music performers who passed the word that when playing a Chicago gig at the Regal Theater, Oliver's red beans and rice were not to be missed.

An unbelievable number of musicians performed at this Bronzeville community establishment for more than 75 years. The many names and stories of which are in private photograph and memorabilia collections, such as the Gerri Oliver Collection, Abbott Sengstacke Collection, and Getty Images Collection.

THE BLACK CHICAGO RENAISSANCE AND THE PALM TAVERN

The Palm Tavern attracted artists from music to writers. The Palm Tavern was home away from home for the likes of Dizzy Gillespie, Count Basie, Duke Ellington, the Ink Spots, Josephine Baker, and other notable musicians. It was frequented by Richard Wright and Langston Hughes. The famous late poet and writer Gwendolyn Brooks resided in this South Side community. 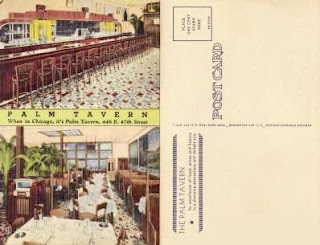 
The Palm Tavern was also rest and relaxation place of choice for Chicago's Black middle class. Its era during the Chicago Renaissance is preserved in the priceless collection of sepia photographs and memorabilia enshrined along the walls, as a testament to the history of its service to the community. Gerri Oliver will cheerfully indulge curious customers with aging scrap books. Before purchasing the establishment she served as a waitress for many years at the Palm Tavern. 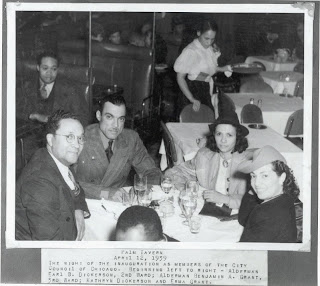 This historic photo notes the patrons are at the Palm Tavern on April 12, 1939. The night of the inauguration of members of the City Council of Chicago. Beginning left to right: Alderman Earl B. Dickerson, 2nd Ward; Alderman Benjamin A. Grant, 3rd Ward; Kathryn Dickerson and Erma Grant.

THE PALM TAVERN IN RECENT HISTORY

In 1983, Chicago's Palm Tavern hosted the grassroots fundraiser that would result in the election of Chicago's first Black Mayor, Harold Washington. The history of the Palm Tavern did not live on as this blogger notes that the legendary establishment was demolished. According to another blogger, the picture below was the state of the Palm Tavern in the spring of 2006. 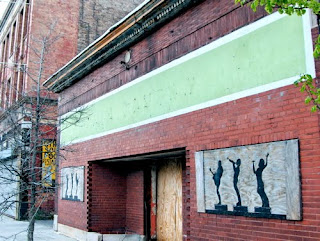 Photo: Palm Tavern, cir. spring 2006 with blogger noting that
Gerri Oliver was still operating the business a few years
before this picture was taken. 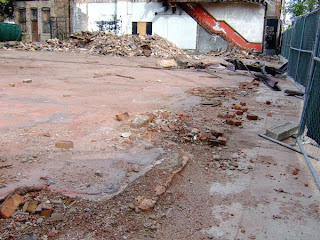