As part of the 2010 Black History Month, the African Americans on Maui Association hosts a new book release launch of African Americans in Hawaii: A Search for Identity," compiled and edited by Ayin M. Adams, Ph.D., followed by a Special Awards Ceremony. 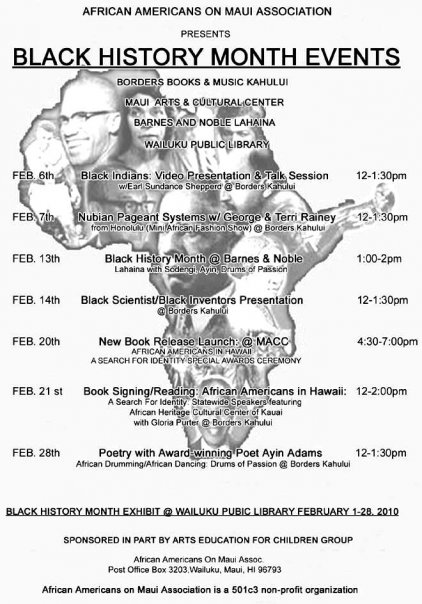 Post script: support efforts of local Hawaiian community to preserve African American historical heritage on the island by signing this petition. In 2015, the petition is to be submitted in support of a proposal to the Hawaii State Legislature to establish a Hawaii Commission to Preserve the Cultural Heritage of People of African descent in Hawaii.
Email ThisBlogThis!Share to TwitterShare to FacebookShare to Pinterest