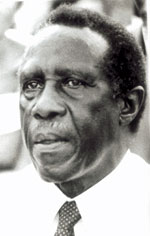 The exact date of George Wilberforce Kakoma's birth is not clear, but it’s believed that he was born between 1923 and 1925 in the Southern District of Masaka in Uganda and is a Muganda by tribe. Kakoma is credited with composing the national anthem of the Republic of Uganda.

There is something to be said about the role of a national anthem in galvanizing the spirit of a people newly formed as a nation. This is especially true for African nations during the period of rapid European decolonization. Kakoma's work is an example of the powerful role of music in developing national traditions and creating a sense of unity among people from diverse cultural backgrounds.

From 1894 to 1962, Uganda was ruled by Britain, which means it used to hoist the British Union Jack and used to sing the British National Anthem. As the struggle for independence intensified in Uganda, it became clear that the country was going to attain independence from the British Colonial masters and would need both a national anthem or a national flag that embodied its independence.

Image of national flag of Uganda

Prior to independence, a subcommittee for the creation of national anthem was set up. It was one of the three sub-committees established to deal with Uganda’s national symbols.

Professor Senteza Kajubi was the chairman of the committees. The sub-committee organized a country-wide publicity campaign for original compositions. Ugandans were encouraged to submit their pieces.

“The compositions had to be short, original, solemn, praising and looking forward to the future,” said Professor Kajubi.

Many people participated in the music competition but the committee was not satisfied. Prof. Kajubi decided to seek help from George Wilberforce Kakoma, then a renowned inspector of schools and a music teacher in Masaka District to “save” the committee because they did not have a national anthem. 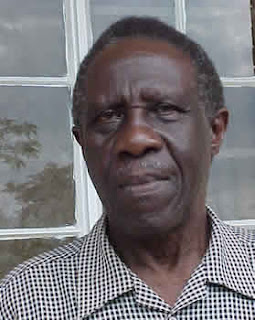 According to Kakoma, a strange tune rang continuously in his head at night, disrupting his sleep. He decided to wake up and put pen to paper.

“I sat down and looked through what I had ciphered during the night hours. I worked on those ideas till midday.”

The events leading to the composition of the anthem were summarized in the 2008 case filed by Prof George William Kakoma, then a graduate of Trinity College of Music and professor at the Durham University in London, Prof. George W. Kakoma v. The Attorney General (Civil Suit No.197 Of 2008) [2010] UGHC 40 (30 July 2010). Kakoma sued the government of Uganda for not rewarding his efforts up to the time of the case filing and the non payment of royalties arising from the playing of the national anthem. The case in part provided the following:
The melody was composed by Prof. Kakoma but the lyrics (or words) were composed by Peter Wyngard, Kakoma’s personal friend and a lecturer at Makerere Institute of Education.

The development and resolution of this legal case in Uganda's courts also demonstrates important developments of the application of the rule of law generally, and the recognition of intellectual property rights specifically, in Uganda.

The National Anthem of Uganda


We lay our future in thy hand,
United free for liberty
Together we’ll always stand.

Oh Uganda the land of freedom,
Our love and labour we give,
And with neighbours all,
At our country’s call
In peace and friendship we’ll live

Oh Uganda the land that feeds us,
By sun and fertile soil grown,
For our own dear land,
We shall always stand,
The pearl of Africa’s crown.

With special thanks, this post has been prepared in great part by Moses G. Byaruhanga, Esq., Advocate/Attorney at Bar, Shonubi, Musoke & Co. Advocates in Uganda.


(Post note: On April 8, 2012, Professor George Wilberforce Kakoma died at the age of 89. He was laid to rest in his home district of Wakiso in Uganda)
Email ThisBlogThis!Share to TwitterShare to FacebookShare to Pinterest