Seydou Keïta and the Genuis of Photography 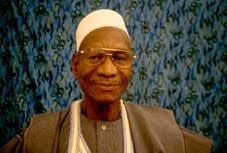 Seydou Keïta was born in Bamako, Mali, Africa in 1921 (exact date unknown) and died November 21, 2001 in Paris, France. Keïta was the eldest child in a family of five children. His father, Bâ Tièkòró, and his uncle, Tièmòkò, were Malian furniture makers. Upon a return from Senegal to Mali in 1935, his uncle Tièmòkò is reported to have given Keïta a Kodak Brownie camera with film. Mountaga Traoré and French photographic supply store owner Pierre Garnier were among his biggest supporter as he honed his photography skills.

In 1948, Keïta set up his first studio in the family house in Bamako-Koura, behind the main prison.
This self-taught photographer captured the heart of Malian society through his exquisite photo-
graphic record of the people between 1940 and the 1960.

"Seydou Keita was the place to go if you wanted to have a beautiful image of yourself. That was the
studio to go for the local bourgeoisie and even for the middle class who wanted to grow in the social
level," states gallery curator N'Gone Fall in a BBC report. Keïta's work was nationally reknown
among the Malians and subsequently became world reknown as the prolific photographer's
photographs began to be collected in Europe and the U.S. by museums and galleries.
Email ThisBlogThis!Share to TwitterShare to FacebookShare to Pinterest