Olmec Society of Mexico: Americans and Africans Before Spain's Colonization of the Americas 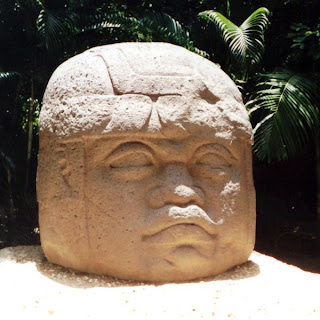 The Olmec civilization was a pre-Columbian society within the heartland of the Americas, operating as a kingdom c. 1200 BC to 400 BC. The Olmec society included the current geographic regions of Mexico, parts of what is now the United States' Colorado, Texas, California, and into Canada. The Olmec existed before the Maya, Toltec, and Aztec civilizations. The early research of Dr. Ivan Van Sertima, as set out in his book They Came Before Columbus, confirmed the Kmt-Nubian (Nilotic African) presence among the Olmec through reports of carbon dating skeletal bones and iconographic stones to 948-680 BCE. 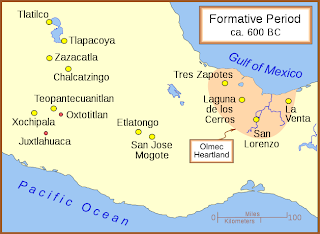 The stone heads that remain at Olmec provide snap shots of the Kemet-Nubians that sailed from the Nile valley region from the horn of Africa to not only Europe and Asia, but to the Americas before the Christian-era. This documentary provides live footage of Dr. Ivan Van Sertima's on-site research in the Olmec regions of the Americas, such as the Olmec capital of La Venta, Tabasco, Mexico.

Africans in America are described by the local historian/tour guide in this documentary as a priesthood class. Dr. Van Sertima states that they were among the ruling elite of the Olmec, living alongside Mesoamerican native societies in relative harmony. 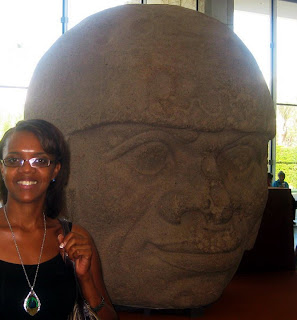 BHH blogger in front of one of the two Olmec heads featured at LACMA's exhibition
"Olmec: Colossal Masterworks of Ancient Mexico" in October 2010 in Los Angeles

Further references:
Email ThisBlogThis!Share to TwitterShare to FacebookShare to Pinterest