Human skeletal remains were found in a friary in Ipswich, Suffolk, England in the 1990s with recent carbon testing dating the remains to the European medieval period of 1190-1300. Scientific experts have confirmed that it is the oldest fossil record evidence of the African presence in Medieval Europe. The European Medieval Period, also called The Middle Ages, is generally dated by Western historians as running from the 5th-15th centuries. 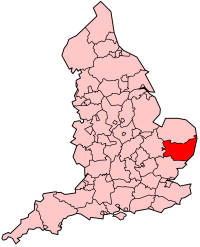 Map of the Suffolk Region of England

Isotopic forensic testing conducted by experts from the University of Dundee Scotland identified the archaeological remains at Ipswich as a human of African descent, likely from the northern regional area of the African continent, in a country now called Tunisia in the Atlas Mountains region. Body carbon dating was also performed by experts for the History Cold Case program on BBC2, which will release a documentary news feature that includes expert facial reconstruction from the skull remains. The remains were found buried on consecrated religious grounds at a friary in the Suffolk region of the United Kingdom. 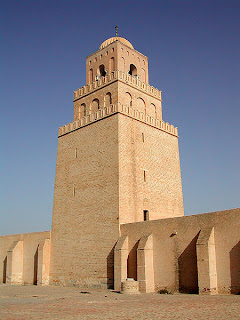 Image: The Mosque of Uqba, Tunisia

In ancient times, this region was populated by a people called Phoenicians (/fɨˈnɪʃə/) by English speakers and Canaan (Kana`an) in the Hebrew language. Later European and Arab settlers came into the region, such as the Roman Empire under the Eastern Germanic Tribe called Vandals, and the Ottoman Empire. The Mosque of Uqba, also known as the Great Mosque of Kairouan, was founded in 670 B.C.E. in Tunisia (pictured above). It is known as the oldest mosque in what is called by Arab settlers as the Muslim West. 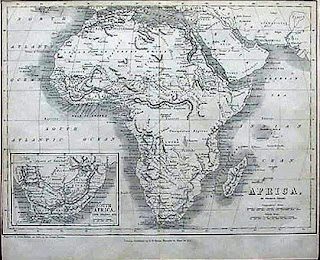 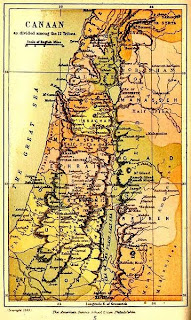 Photo: original land of people Canaan along the Nile river
before migrating throughout the African continent

"We don't know much about the migration of ordinary people," said Jim Bolton, a historian at Queen Mary, University of London.  "I believe that this is the first physical evidence of Africans in medieval England." Prior to this discovery, however, the oldest known humans of African descent to live in this region of Europe were identified from the tax records. This was a couple whose lifetime dated approximately 150 years after the African man at Ipswich.
Email ThisBlogThis!Share to TwitterShare to FacebookShare to Pinterest