Pharaoh Akhenaten, Queen Nefertiti and the Rise of Amarna 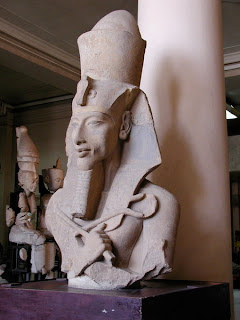 Pharaoh Akhenaten's rule of Kemet, now known as ancient Egypt in northeast Africa along the Nile River, is reflected in the archaeological records as one with a long period of peace and prosperity throughout the kingdom. Akhenaten ruled the throne of a unified Kemet with his wife Queen Nefertiti. He is best known as the first ruler on Earth to leave a written record of the belief in the concept of One Supreme God.

The Kemet civilization developed around 3150 BCE with the political unification of its Upper and Lower regions. The nation would be independent from foreign forces for the next three millennia. The ancient Egyptians (kmt) are said to have reached the pinnacle of their civilization during the New Kingdom. Subsequently, the nation entered a period of decline. Pharaonic rule officially ended in 31 BCE when the early Roman Empire conquered the nation.

PHARAOH AKHENATEN'S BELIEF IN ONE GOD

Pharaoh Akhenaten (1380-1362 BCE), son of Pharaoh Amenhotep III and Queen Tiye, ruled Kemet during its 18th dynasty. Akhenaten developed policies to abolish religious worship practices to multiple God/Goddess. The custom of the nation at the time of Akhenaten's rule was stepped in the tradition of a varied spiritual pantheon. Akhenaten's philosophy of monotheism is arguably said to have influenced the subsequent Judeo-Christian religions.

Pharaoh Akhenaten's first major move as the new ruler of Kemet was to move the nation's center of administration from the former pharaoh's place of ruler-ship, Pharaoh Tutankamen, into the desert. The name of this new administrative capital was appropriately named Akhenaten. Since Kemet came under Arabic Islamic rule, the city of Akhenaten has since been renamed Tell el Amarna, often referred to as Amarna.

QUEEN NEFERTITI AND THE GROWTH OF THE ARTS AND ARCHITECTURAL DEVELOPMENTS

Akhenaten and Nefertiti had a great impact on the development of an artistic renaissance in Kemet, or ancient Egypt. Akhenaten commissioned many royal artists and architects to develop the city's life. Royal commissions were requested that required the artist to recreate life in its natural state instead of in the traditional stylized form of early artists. The city of Akhenaten was known for its sculpture gardens and grand buildings dedicated to religion and the arts. This artistic renaissance would mean that Akhenaten was the first Kemet king to have a true likeness of his form recorded.

Akhenaten defied customs by elevating Queen Nefertiti above the traditional role of Kemet queens. Nefertiti's image was placed into the forefront of the public eye through royal commissions such as the famous Nefertiti bust statute that was displayed in Berlin as late as 1924. The Nefertiti sculpture has since become one of Berlin, Germany's biggest tourist draws since its arrival. In 1912, Ludwig Borchardt lead a German archaeological team to Amarna, Egypt and returned to Europe with the sculpture.


The Nefertiti sculpture resides at the Egyptian Museum in Berlin (Ägyptisches Museum Berlin). Museum officials have stated that it is too fragile to move. As it currently stands in this battle for ancient antiquities, the Kemet queen's image of royal beauty will now live on in public view in Berlin through a replica made in 1913 for Germany's Kaiser Wilhelm. The details of Nefertiti's life are virtual unknown, even her parentage. This makes the 3,000-year-old limestone and plaster Nefertiti sculpture a more precious site for visitors to Berlin.


Horemheb (also spelled Horemhab or Haremhab and meaning the jubilation of Horus) was the last Pharaoh of the 18th Dynasty from 1319 BCE to late 1292 BCE. Horemheb demolished monuments of Akhenaten throughout the nation. He is said to have reused the remains of the stones from buildings and public art works in new building projects. Horemheb appointed his vizier Paramesse as his successor. Vizier Paramesse would assume the throne as Ramesses I. 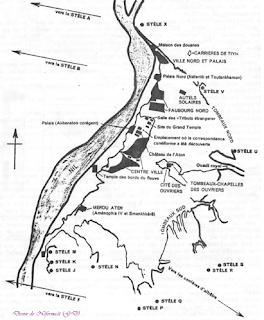 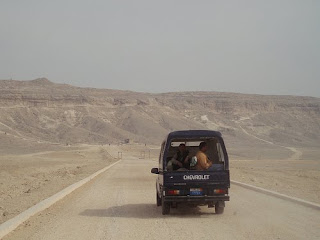 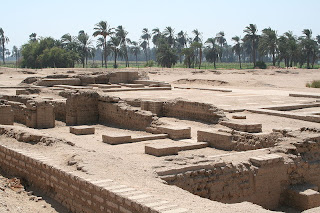