In 1915, Oscar Stanton DePriest was elected the first African American City Council person in Chicago. Two years later he established the People's Movement Club as a political base outside of party politics channels in the racially polarized city. The Unity Hall building housed DePriest's People's Movement Club and would become the community headquarters for other prominent Chicago politicians such as William Dawson.

Oscar De Priest's successful election campaign in Chicago's Lakeshore led the trend toward an increase in Black political representation in the north. In 1928, De Priest became the first African American outside the South elected to Congress. His representation led to significant federal anti-discrimination legislation.

DePriest was particularly interested in mobilizing voters of the rapidly growing Black Belt of Chicago's Second Ward. The community where Unity Hall is located was a bustling strip of Chicago's South Side that was noted for its cabarets and limited housing. Unity Hall would serve as a community house to various organizations throughout the years.

From 1916 to 1919, approximately a half a million Blacks moved to Chicago's Bronzeville community. The housing squeeze was due to the rise of industrialization and factory jobs in northern cities like Chicago. This resulted in an influx of Blacks from the South. Couple this with apartheid-style housing restrictions and the powder keg of racial tension in Chicago would lead to the infamous Chicago Race Riots of 1919. 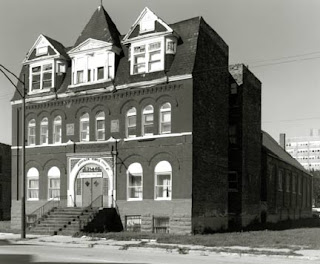 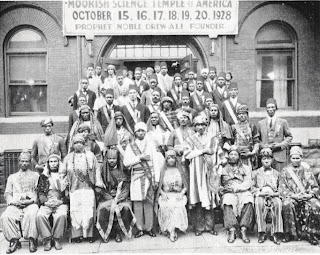 Unity Hall was built in 1887 by architect L.B. Dixon. The red brick and terracotta building located at 3140 S. Indiana Avenue was originally built for a Jewish Social Organization called the Lakeside Club. This building is among the rare surviving 19th-century club-house architectural structures surviving in Chicago. This building structure is among the National Historic Landmarks.
Email ThisBlogThis!Share to TwitterShare to FacebookShare to Pinterest