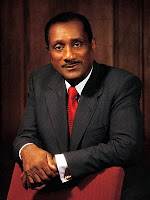 The Johnson Publishing Company, started by Johnson H. Johnson, is among the largest Black-owned businesses in the United States.

John H. Johnson, founder of Johnson Publishing, was born in Arkansas City, Arkansas in 1918. In 1933, he and his mother migrated to Chicago seeking a better education for the young John Johnson. After graduating from DuSable High School, Johnson worked for Henry H. Pace, then president of Supreme Liberty Life Insurance Company.

Johnson was eventually given the task to find news items about Blacks and compile them with news of Supreme Life employee activities for an in-house publication. Johnson developed the idea of collecting articles into a monthly magazine to be called Negro Digest. 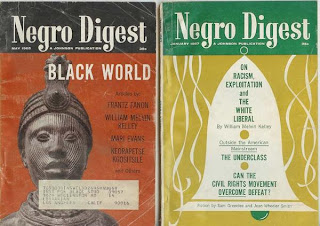 In 1942, Johnson used his mother's new furniture as collateral for a $500 loan to mail 20,000 letters to Supreme Life insurance policy-holders offering a $2 charter subscription to the Negro Digest. The overwhelming reply marked the beginning of the Black media dynasty. Other publications launched by Johnson was Tan magazine, a true confessions style publication, as well as Ebony Man, Ebony Jr., and African American Stars. 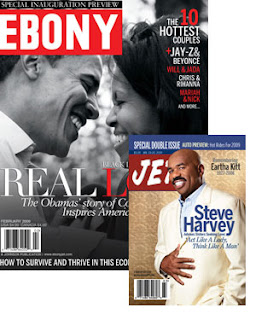 Ebony and Jet magazines have been published from Chicago since 1945 and 1951, respectively. In its 40th year of publication, Ebony magazine had reached a circulation of 2,300,000. After which, Johnson began making the list of the richest individuals in the United States. In 1996, the U.S. Presidential Medal of Freedom was bestowed on Johnson by President Bill Clinton. 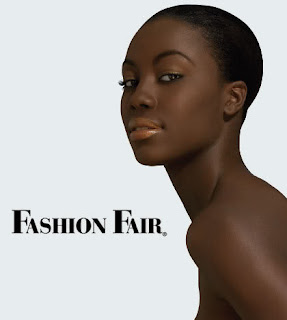 Johnson Publishing Company celebrated its 60th anniversary in 2002. The publishing company is headquartered in a free standing building in the South Loop of Chicago at 820 S. Michigan Avenue. 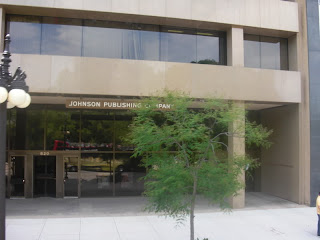