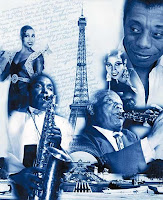 Since the early 1800s, the aspiring American artist has been drawn to Paris as a kind of creative pilgrimage. The City of Lights has also obtained a special place in the hearts of the African American expatriate in search of artistic and intellectual freedom in Europe.


In Black literature, James Baldwin is well known for his love of Paris and would reach the end of his life on French soil. Baldwin said that it took him going to Paris to learn what it meant to be an American.

The writer Richard Wright is known to have frequented the Latin Quarter and Saint-German-des-Prés of Paris and may have best described what the Black expats searched for most: "[a]ll of my life I had been full of a hunger for a new way to live." (from Black Boy).

Paris in 1924 found the poet Langston Hughes scraping by from meager wages from working in one of Montmartre's most popular night clubs. Notwithstanding, Hughes described his time in Paris as "a dream come true". Countee Cullen, Alain Locke, Claude McKay, Chester Himes are among the other historical Black literati of Paris.


The singing and dancing saloon-owner Ada "Bricktop" Smith operated Chez Bricktop at 66 rue Pigalle that became a beacon of Parisian night-life from 1924 to 1961. Chez Bricktop's wide appeal is noted from its presence in the writings of Ernest Hemingway and T.S. Eliot. The poet Gwendolyn Bennett describes a 1925 evening at Chez Bricktop in his diary as follows:


"Then at 4:15 A.M. to dear old ‘Bricktop’s’ ... extremely crowded this night with our folk. Lottie Gee there on her first night in town and sings for ‘Brick’ her hit from ‘Shuffle Along’—‘I’m Just Wild About Harry.’ Her voice is not what it might have been and she had too much champaign [sic] but still there was something very personal and dear about her singing it and we colored folks just applauded like mad." (Diary of Gwendolyn Bennett, entry of 8 Aug. 1925, Schomburg Center for Research on Black Culture, New York.)

Also of note among the entertainers, Josephine Baker is probably best known. New-Orleans born Sidney Bechet, called the founding father of Jazz, also made a stamp on the city when he opened the "Chez Sidney" cabaret in 1951. 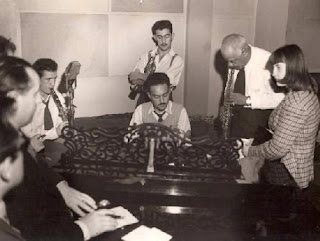 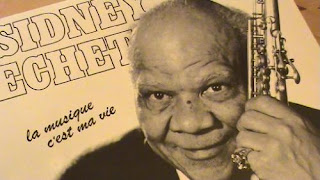 Montparnasse has historically been of central import in the fine arts world, and a number of African-American artist worked and lived along its 6th and 14th arrondissements. 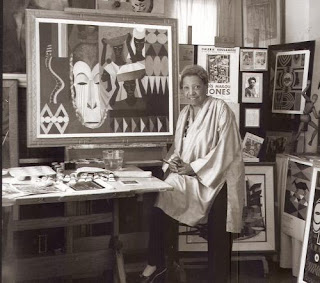 For the historical buffs, the Champs Elysees will resound as the place where the "Harlem Hellfighters" received a hero's welcome after World War I (WWI). The Harlem Hellfighters were the first all-black U.S. combat unit to be shipped overseas during WWI.

On a more controversial note, a Paris street marker will direct the traveler to the residence where the 1787 rendezvous between the U.S. President Thomas Jefferson and Sally Hemings is reported to have occurred. This Paris rendezvous resulted in the birth of a child between Jefferson and Hemings that would add African-lineage to the Jefferson family tree.

There are a growing number of Black Paris tours. A little reading, however, will make travel to Paris a more memorable experience. In perusing the ample literature you may be inspired to search out the bistros and cafes where your favorite Black writer sipped coffee, or to study the landscape that inspired one of the many Lois Mailou Jones' Paris landscapes.